Six years ago, Apple and the United States Federal Bureau of Investigation (FBI) fought in court over demands to modify their devices to provide law enforcement access to digital evidence. After managing to gain access to the Apple device with the assistance of a third party, the FBI withdrew its request to Apple to get access. In the years since the Apple-FBI case, it’s unclear just how much encrypted data governments are able to get access to – and how they do it.

In recent months, governments’ technical capabilities to search mobile devices has come under greater scrutiny. Newly published research from academics and organizations like Upturn have cast new light on how governments may be gaining access to mobile devices and its consequences. The American Civil Liberties Union has also launched a lawsuit against the FBI, demanding they disclose records of its “technological capabilities for retrieving information from locked electronic devices.” At the same time, across the Atlantic, Europol has seemed to pour resources into government hacking with the launch of its new “Decryption Platform.”

In this virtual panel hosted by the Global Encryption Coalition, experts from academia and civil society discussed recent revelations around government hacking, its consequences for security and privacy, and its influence on the debate around end-to-end encryption. 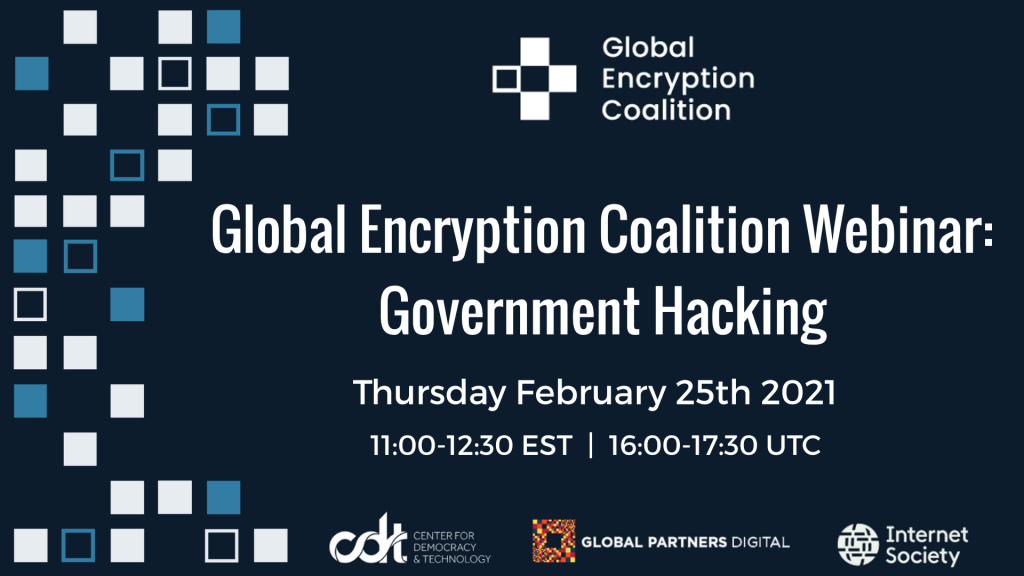 The Global Encryption Coalition promotes and defends encryption in key countries and multilateral fora where it is under threat. It also supports efforts by companies to offer encrypted services to their users.